ADVANCE YOUR CAREERS - GET CERTIFIED -

Disclaimer: Tech-Act is an independent training services provider. Any use of third party trademarks, brand names, products and services is only referential.Tech-Act disclaims any sponsorship, affiliation or endorsement of or by any third parties. Tech-Act is an authorized training partner only where explicitly stated and as listed here.

After successful completion of this course, professionals can demonstrate basic knowledge and expertise required for performing job roles of entry-level cybersecurity expert or analyst in a threat oriented security operations center.

Who Should Attend This Course

Understanding Cisco Cybersecurity Fundamentals (SECFND) v1.0 certification course is apt for professionals who wish to understand and learn about basic principles of cybersecurity or wish to prepare for the CCNA Cyber Ops certification program.

CISCO SYSTEMS INC., as we all know is an industry leader when it comes to the networking domain. In fact, Cisco powered solutions work as the core networking groundwork for a number of service providers from small to big scale organizations including corporations, educational institutions and federal agencies. A whopping 85% of the entire Internet traffic of the world travels across Cisco’s powered systems. This makes Understanding Cisco Cybersecurity Fundamentals (SECFND) v1.0 certification a quintessential factor to stand out from the crowd.

The course helps you:

The prime objectives of this course is to help you:

Professionals ought to meet the below-mentioned prerequisites: 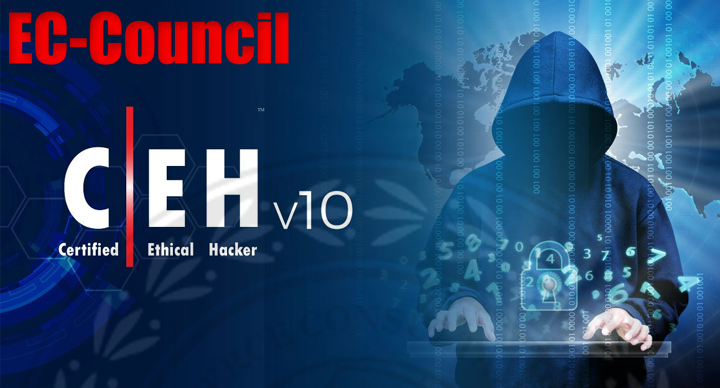 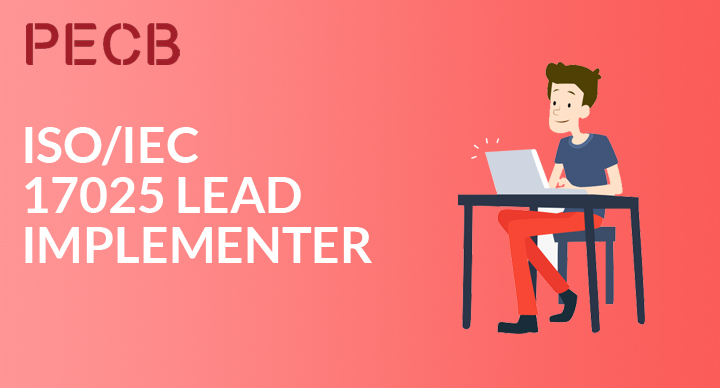 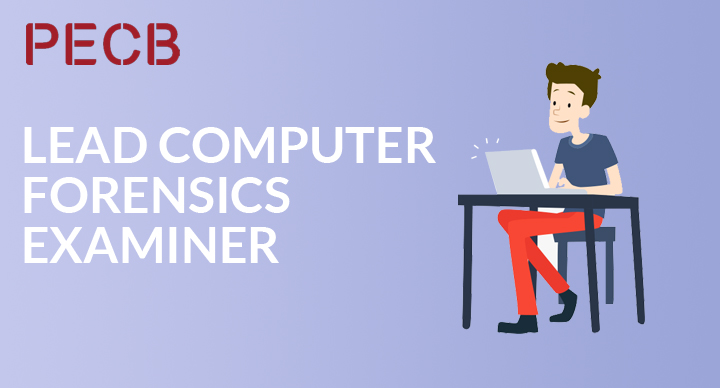 This section discusses The Open Systems Interconnect (OSI) model and looks at the seven integrated layers. It examines the Application, Presentation, and Session layers. It covers Transport layer, Network, Data Link and Physical.

This section reviews Internet Protocol and compare its versions. It covers IPv6 essentials and its concepts. It highlights the differences and similarities between Transmission Control Protocol (TCP) and User Datagram Protocol (UDP). It also explains Internet Control Message Protocol (ICMP) and its dependent utilities.

This section covers cybersecurity basics, foundational networking and security knowledge and develop skills needed in preparation for the second (SECOPS) exam. It also explains the process in which computers convert hostnames and fully qualified domain names into IP address.

This section covers the structure of IP addresses. It identifies the distinction of host versus network bits and explain why it is important to understand the structure. It also explains a high-level understanding of subnetting.

This section explains what a Virtual Local Area Network is and why to use on your network. It also demonstrates a potential security risk and learn some tips to help mitigate that risk.

This section discusses Access Control Lists (ACLs) and how to apply packet filtering. It demonstrates how to block traffic based upon IP addresses with a Cisco router. It also explores the notion of firewall devices operating at higher levels of the OSI to perform additional functions.

This section talks about packet inspection. It explains what it means and why one would choose such a precise option for their environment.

This section covers different methods to capture packets. It shows inline traffic interrogation such as an IPS, Test Access Points (TAPs) and how these devices copy network traffic. It also explains traffic mirroring .

This section talks about what to do with the different types of output from the packet capturing methods. It explains how one would utilize TAPs output followed by a demonstration of a output analysis using a traffic mirroring utility called Wireshark. It also demonstrates how to use Cisco NetFlow in addition to using Wireshark to obtain the same flow information.

This section explains Data Loss. From a security standpoint the term being used to describe a data breach. From a networking standpoint data loss takes on a new meaning, literally loosing or dropping packets across your network. It shows this concept occurring by analyzing TCP retransmits, duplicate ACK and ACKed unseen packets using Wireshark.

This section explains the principles of Defense-in-Depth. It talks about the importance and practice of setting up multiple defenses that are independent “road blocks”, designed to frustrate a malicious person from accessing unauthorized data.

This section explains several industry standard terms related to security. They look at network and host-based antivirus, and agent-based versus agentless protection. They also talk about log collection and SIEM systems.

This section describes how crypto algorithms are used to help secure data in a digital environment. It explains hash algorithms and how it works. It also covers encryption algorithms and shows how to obfuscate data crossing a wire.

This section covers Public Key Infrastructure. It talks talks about how to implement PKI . It shows how a certificate lifecycle can be described as cyclic. It covers the beginning stage, such as the certificate enrollment process, all the way to the end of life either thru expiration or revocation and how a certificate revocation list is useful.

This section describes how the success or failure of a cryptographic exchange impact a security investigation. It explains the technologies and protocols to understand where to focus on investigation and put efforts in the event of an attack. It also discusses the pros and cons of various crypto options.

This section discusses various characteristics and considerations of SSL/TLS and it’s components. It talks about cipher-suites, securing communications and various protocols that use SSL/TLS. It also looks at X.509 certificates and the attributes associated with certificates.

This section explains what are encryption algorithms, how they came into existence, and their security impact on our networks and lives. It clarifies the difference between transposition, substitution, block and stream ciphers. It also discusses numerous types of encryption algorithms their characteristics and uses.

This section explains what is endpoint security, what it does and the risk associated to it.

This section discusses the importances of being able to interpret log data. It demonstrates in a windows environment how to navigate the event viewer and decipher the information. It shows the log info for a Unix environment and Apache access log syntax structure.

This section talks about a method to examine network traffic. It demonstrates a tool used in Linux environments called TCP dump. It shows how to install the tool as well as the options available to customize your filters. It explore different types of data. It also demonstrates different ways to analyze data within our networks. It covers the tools such as TCP Dump, Wireshark, and NetFlow used for analyzation.

This section talks about different types of data that can be useful tools for network security monitoring. Full capture packets, Session data, transaction data, statistical data, extracted content and alert data can all be used to monitor our networks.

This section covers the importance of monitoring different network components. It shows how and where one would configure an access control list on a router. It also explain network and port address translation.

This section covers different types of events that can give infrmation about what is going on within the network. It demonstrates Cisco’s FireSight utility to highlight these events. It shows how to view connection, intrusion, host, network discovery and NetFlow events transpiring with the lab environment.

This section discusses the importance of monitoring the protocols being used within your network. The protocols examined are Domain Name System (DNS) and Network Time Protocol (NTP). It explains weaknesses within the protocols as well as things to look for.

This section describes attacks and evasion methods attackers may use. It explains how a buffer overflow attack can effect a system. It covers types of malware such as rootkits and command and control variations. At the end it shows what port scanning and host profiling is and how an attacker can benefit from these techniques.

Tech-Act ensures to get the best and qualified team of trainers onboard for offering unparalleled and top quality training. In addition, Tech-Act is a coming of age and authorized learning center for Red Hat, CompTIA, EC Council, Project Management Institute and others. It is also a Pearson Vue authorized learning center. Eureka! Tech-Act lets you choose the pace of your certification training.

What are the key benefits of Understanding Cisco Cybersecurity Fundamentals (SECFND) v1.0?

The Understanding Cisco Cybersecurity Fundamentals (SECFND) v1.0 is a vendor-neutral certification course and helps you:

Do you have certified trainers?

Yes, all our trainers are fully certified to do the job and possess sound industry experience.

What is the eligibility criteria to enroll for Understanding Cisco Cybersecurity Fundamentals (SECFND) v1.0?

Professionals ought to meet the below-mentioned prerequisites:

In training I learnt a lot from the trainer. The examples were relevant. The technical concepts delivered were helpful. I have been through technical training for the first time that helped me explore my thoughts to the extent of technicality that is required in today’s thriving IT industry.
Everything covered in the training and explained by the trainer was perfect and helped me understand technical aspects thoroughly.
A deep knowledge was imparted of the technical process. The trainer had the ability to measure and access training needs. We discussed innovative ideas with efficiency. It initiated a deep passion in me for learning new technologies since the training environment was of continuous learning.
The training content provided helped me understand the concepts. Proper guidance and examples were provided as and when required during the training.

Tech-Act is an authorized training partner for

Tech-Act is also an independent training provider for